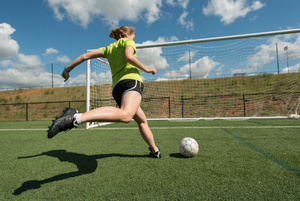 The FIFA Women’s World Cup 2015 is well underway in Canada, with Team USA doing well so far with one win and one draw match. Here in Idaho Falls, ID, some of our patients are following the games closely, with some Hope Solo and Abby Wambach fans in our midst. These athletes in the World Cup are some of the best in the world, at their peak physical condition. But did you know that professional athletes quite possibly have some of the worst teeth and oral health?

From women’s soccer on the grass field to the ice rink and the basketball court, athletes have the most trouble keeping their teeth clean for a variety of reasons. Let’s take a quick look at why with Dr. Tall at Sandcreek Dental.

Why Do Athletes Have Bad Teeth?

Imagine that you’re also on the Women’s FIFA World Cup team. You’ve been training for years to be here, everyday almost non-stop. As you run after the soccer ball for hours, you start to get tired and your mouth and throat are feeling dry. When you reach the sidelines, what do you reach for? A sports drink bottle? Maybe a power bar if you’re hungry?

While sports-geared drinks and snacks are popular among athletes of all ages, there is such a thing as too much of a good thing. Sports drinks are good at providing electrolytes, and snacks can restore your energy, but these are also packed full of hidden sugars that you may not know about. In addition, as you continue to train and exercise for the World Cup, your saliva production could go down. You’re also gritting your teeth as you push yourself to run faster, run harder. The lack of saliva can make it harder to fight off plaque-causing bacteria, and clamping your jaw down can wear down your teeth to a flattened, unhealthy surface.

These are the three main reasons that athletes, not excluding Women’s FIFA World Cup players, have trouble keeping their teeth healthy. Even athletes on the world’s stage that makes up the Olympic Games are not immune to this. Even a sore tooth can domino into a condition that threatens their performance.

A Look at Dental Care for the Olympics

Last year, Paul Piccininni, the dental director for the International Olympic Committee, revealed to the Associated Press about the true conditions of athlete’s teeth that he found at the Olympics. Everything from broken teeth, abscesses and tooth decay have forced athletes to confront their oral health and get some much-needed attention. During the 2012 London Olympics, the athlete’s village had a team of 30 dentists on standby who received about 1,900 visits over the course of the games. That’s over 100 dental visits per day!

“The oral health of athletes is worse than the oral health of the general population...considerably worse,” Piccininni told The Associated Press. Just take famed basketball player Michael Jordan and British rower Alan Campbell, for example. Piccininni claimed that Michael Jordan “had a significant dental problem that could have kept him out of a game” during the 1984 Los Angeles Olympics. On the other hand, Alan Campbell had a tooth infection that ended up spreading to his shoulder and knee, requiring surgery two months before the 2008 Beijing Olympics.

For both of these star athletes, their dental health could have impacted their performance and well-being for these important games. For the upcoming 2016 Rio de Janeiro Summer Olympics, the preparations are already underway to protect athlete’s oral health with a full-service dental clinic on site.

What You Can Do If You’re an Athlete

While the Olympics are a year away, what can you do to take care of your teeth if you’re on a FIFA World Cup team, or even your hometown soccer team?

Drink Water – Instead of reaching for sugary sports drinks, grab a bottle of water instead. You’ll stay hydrated and keep your saliva production up, reducing your risk of dehydration or dry mouth.

Healthy Snacks – Take a look at the ingredients on your game-time snacks. Do they contain a surprising amount of sugar? Be conscious of what you eat as well as what’s best for your teeth. Fruits and vegetables are best, with no added sugars. Some nuts and dried fruit are also good too, along with a good brushing afterward.

Mouthguards – One of Piccininni’s comments to the Associated Press was that you could “land a Space Shuttle” on some athletes’ teeth because they were so worn down and flat. To fight against the grinding down of your teeth, take advantage of mouthguards to protect your teeth while you’re playing.

Regular Check-Ups – Constant traveling and training can leave little time for other things, but do keep up regular dental check-ups. Regular deep cleanings and screenings for oral diseases will ensure that your teeth won’t keep you from your best possible performance.

Contact Us for Oral Health Screenings in Idaho Falls

In Idaho Falls, ID we love watching and playing sports along with our friends and family, especially during the Olympics or during the Women’s FIFA World Cup. As you cheer on Team USA, be aware of your own oral health or the dental care of the athlete in your life. Small changes to what you eat and drink, along with regular dental care and prevention can reduce yours or their risk for oral health problems. Just the athletes at the World Cup, we want our patients to have some competitive at their peak physical condition. Let us help at Sandcreek Dental with Dr. Mark Tall. We have a variety of restorative and general dentistry treatments available to keep your oral health in check. Contact us today to schedule a consultation or oral health screening with Dr. Tall, and be sure that your teeth won’t prevent you from having fun on the field, on the court, or in the water. 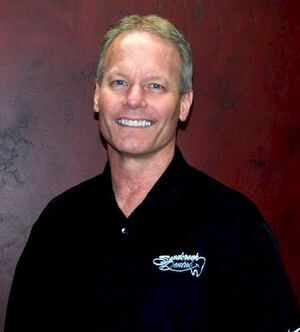